An anime television series adaptation was announced on March 4, 2020. The series will be produced by Seven Arcs and directed by Hiroshi Ikehata, with Kazuho Hyodo writing the scripts, Masakatsu Sasaki designing the characters, and Endō composing the music. It will premiere on October 2, 2020, on Tokyo MX. Akari Kitō will perform the series' opening theme song "Koi no Uta ", while KanoeRana will perform the series' ending theme song "Tsuki to Hoshizora". Crunchyroll will stream the anime series in selective territories as part of the Crunchyroll Originals. 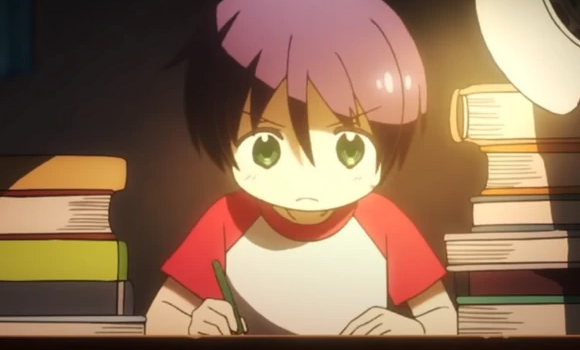 A young boy is lying down covered in blood in the middle of the road on a snowy day. What happened to him? Did he get into some serious trouble? Nah, he has just fallen in love with a very cute girl. Do you want to know more about him?
More info here.
Ⅱ
Ⅱ 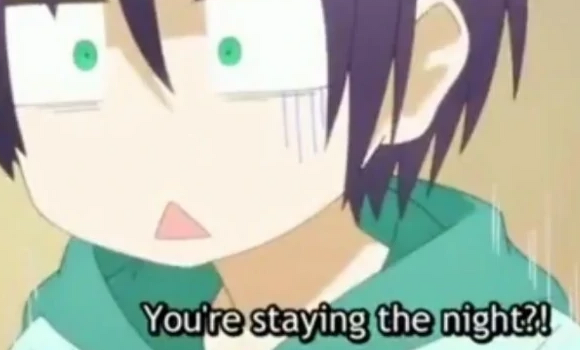 Nasa is waiting alone at his apartment for Tsukasa to come back, wrapping his head around the fact that they are now married and he quickly realizes there is a possibility they will be sleeping on the same bed and that makes him panic.Will they sleep in the same bed?
More info here.
Ⅲ
Ⅲ 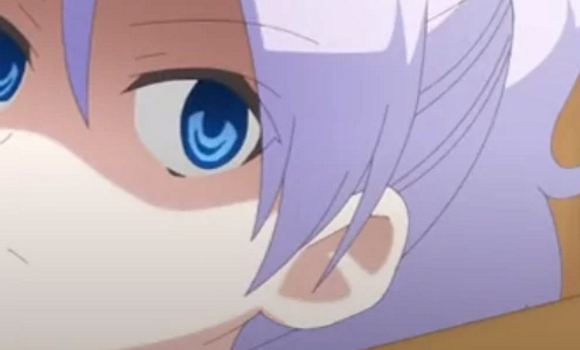 In an anime, there will undoubtedly be an episode where the heroines suddenly decide to go to a hot spring or a bath for no good reason. Whenever this happens, whether they be in space or some parallel world, they will always end up in a Japanese rock style bath, and something will always happen during their baths. Is this the case? Will Nasa (and y'all perverts) see way too much Tsukasa's skin?
More info here.
Ⅳ
Ⅳ

A lonely wife is all alone in her house the day after she got married. Has she been dumped? Nope, but she has to wait for her beloved one until he comes home as he doesn't have the keys. How can she kill time? Will there be an unwanted guest aka a new character? Well yes, otherwise why would I have chosen such a specific question to lengthen this poor preface?
More info here.
Ⅴ
Ⅴ

When you are married, you end up living together and you will come to know things about your partner that you have never known before and Nasa has plenty of things to discover from Tsukasa. An example? TV. Nasa doesn't have a TV and this is a big problem.
More info here.
Ⅵ
Ⅵ 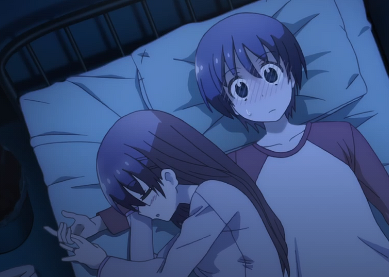 Tsukasa puts her hair up every evening before bed. But, as she moves a lot while sleeping, they come loose almost instantly. Also, she is a sleepwalker and always goes to drink water in the middle of the night while half-asleep and on her way back, she usually tries to grab Nasa's covers and then fall asleep in her futon. This is her usual sleepwalker routine. But not this time, as she accidentally goes into Nasa's bed instead of her futon, and so, our poor boy can't catch any z's with wifey so close. Will something lewd happen?
More info here.
Ⅶ
Ⅶ 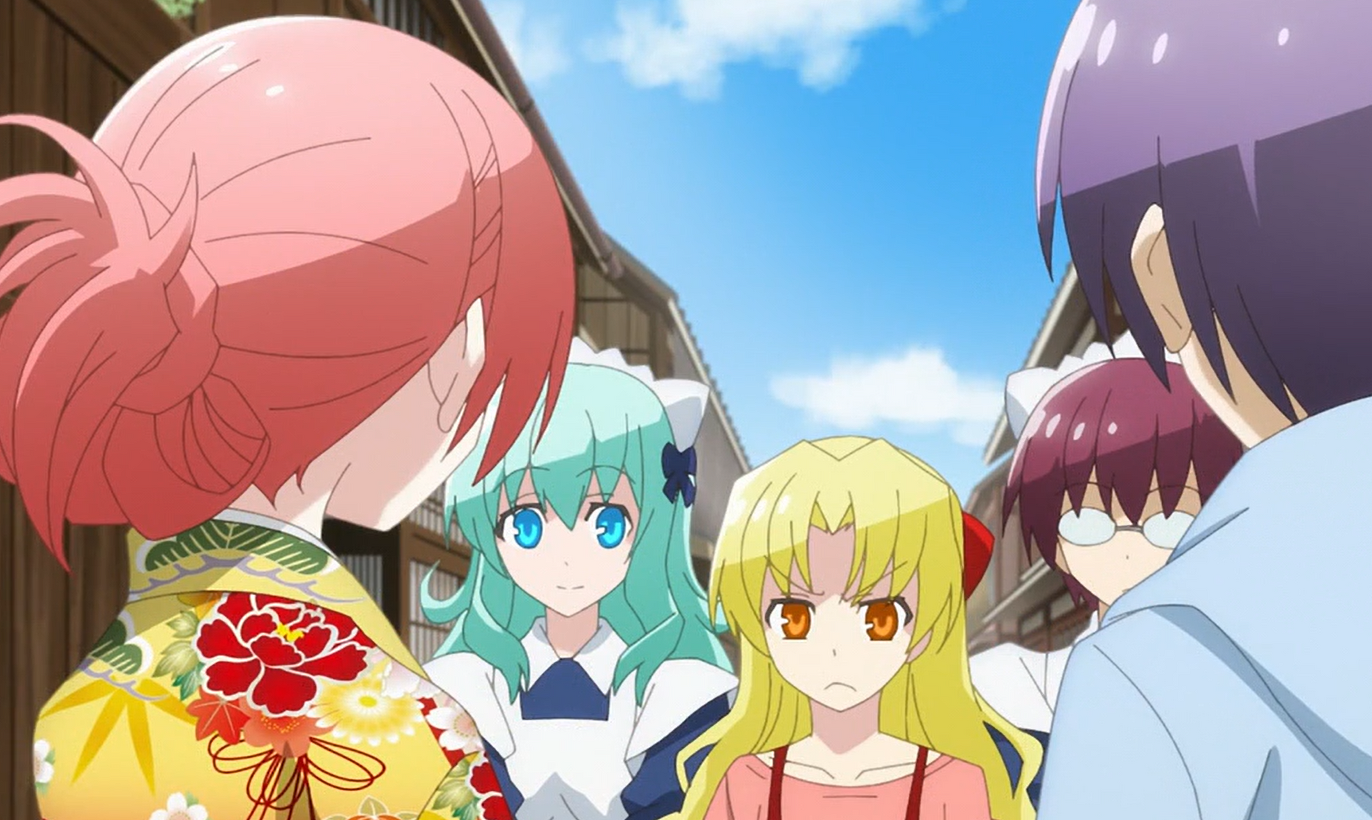 Once the bus stops at a late-night service area, Chitose (with her maids) is eager to find any rifts between Nasa and Tsukasa's love. Indeed, she thinks that even small problems can put an end to a male-female relationship. Also, she believes that there is no need to cause any of them. In effect, are these problems starting on their own? Yes, but as soon as a problem seems to appear for real, making Chitose all excited, it disappears in a blink of an eye. Why? They turn every little problem into a new and unique way of flirting, making Chitose's plan more and more pointless over time. Will she be able to hinder their relationship?
More info here.
Ⅷ
Ⅷ

Tsukasa is worried she will not be able able to get along with Nasa's parents. But hubby doesn't believe so, as he will be the one to introduce her and he will make sure they know she is the cutest girl in the universe. Will she meet Nasa's parents or die of embarrassment first?
More info here.
Ⅸ
Ⅸ

Nasa's apartment has completely burnt down. Have they lost everything? Well, nobody got hurt and the plant commemorating their marriage is miraculously intact and Nasa is very relieved. And what about the other stuff? Tsukasa has married a provident boy and guess what? He is already organized and his bank book and other important things are in a safety deposit box. Still, what can they do about a new place?
More info here.
Ⅹ
Ⅹ 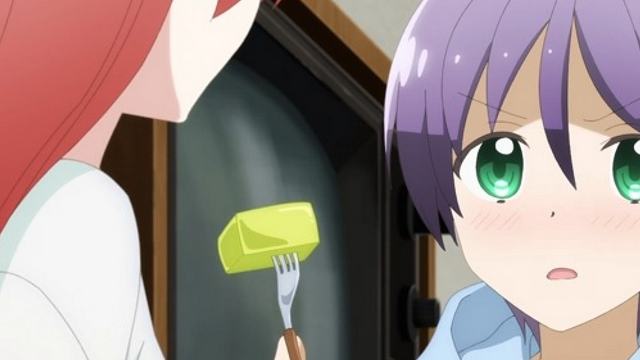 Nasa and Tsukasa have brought out everything that was in the storage room to their room. That building used to be where Kaname's dad did all his nerd crap stuff is and there are all kinds of things they can use now and even though they have all the basic things to live from now on, their room seems really old-fashioned. What would their life be like from now on?
More info here.
ⅩⅠ
ⅩⅠ

When Chitose comes back to Nasa's apartment she soon finds out that there is nothing left (it burned down). However, her maid Aurora, asks around the neighbourhood and quickly finds out that Nasa and Tsukasa are still safe, as it happened while they were in Nara. And just when Chitose was pointing out the fact that Tsukasa always disappears all the time for no reason, she quietly pops out walking in the street, wowing Chitose.
More info here.
ⅩⅡ
ⅩⅡ

Guess what? It is that time of the anime where a cute girl attends the ill protagonist on a futon while gazing upon him lovingly at his side without moving for hours and I am not saying it is a cliche. But actually, what happened?
More info here.
Community content is available under CC-BY-SA unless otherwise noted.
Advertisement